Behind Company Lines is a podcast that explores the stories that go on behind the scenes at some of the most exciting tech startups.

We explore origin stories of startups, how founders built their teams, and what's new in the hyper connected world of remote companies.

If you're running or thinking of starting a startup, this is the podcast for you. We give you a feel for what it's really like so you can learn and someday be on the show!

OUR GUESTS HAVE APPEARED ON 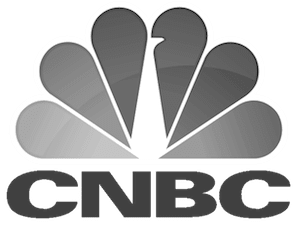 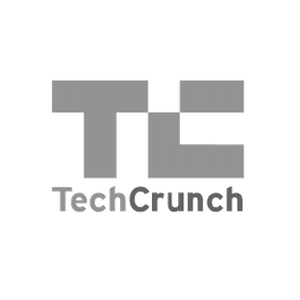 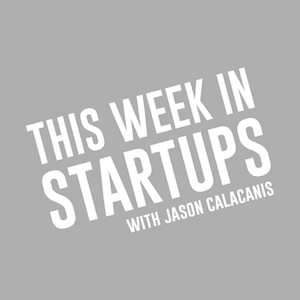 "Aaron is the founder and CEO of Petabridge, a company dedicated to helping .NET developers build high-performance, large-scale, and real-time software systems, and founder of the Akka.NET project. Previously Aaron was the founder of MarkedUp - analytics and marketing automation services for software developers. Before that Aaron was the Startup Developer Evangelist for Microsoft. He is globally recognized as a top .NET developer and tech leader.
September 15, 2021

Matt is the CTO at Zippity, a SaaS startup that enables great day-of service experiences for the onsite service industry. Prior to Zippity, Matt led the Fulfillment Experience team for AmazonFresh.
September 15, 2021

Argentinean Psychologist and Career Coach, passionate about helping professionals to unleash their true potential and get the job they really want. He is a former IT Recruiter, and in his last experience, he worked for a staff augmentation company from California, USA. Currently, he has his own career coaching business in Buenos Aires providing 1 on 1 sessions and workshops and providing services to two outplacement companies from USA. He firmly believes that professionals with a lack of emotional intelligence and self-knowledge are the ones who struggle the most to get the job they love and make a living from it. These two requirements are key to build a solid personal brand and stand out from other candidates.
September 15, 2021

COO at Noteworth with 6 years of experience with growing a startup. Expertise in engineering, product, technical culture, people people people, and business development. Eager to build a team that can accelerate virtual healthcare delivery. Nishant completed his graduate studies in computer engineering from Stevens Institute of Technology and is an avid swimmer.
September 15, 2021

Cloud Architect and tech guy with 20+ years in the industry, mainly doing professional services focusing on infrastructure on different agencies, until started as an independent consultant about 10 years ago. This journey continued with the creation of Flugel.it, a 40 people organization that helps Startups and ScaleUps in the B2B space to tackle their challenges with Cloud Infrastructure and DevOps methodologies.
September 15, 2021

Scott is Co-Founder & CTO at Hunt Club. Hunt Club helps companies scale through trusted relationships. We work with high-growth companies across the country, leveraging our technology and a network of thousands of subject matter experts to hire better candidates, faster.
September 15, 2021

Morley Zhi is the Director of Engineering for Vibrant, an app for people in Argentina to protect their money from devaluation. Vibrant is built on the Stellar blockchain, an open network for storing and moving money, and is a project of the Stellar Development Foundation. Before working in the blockchain space, Morley was a Director of Engineering at the dating app OkCupid.
September 15, 2021

Edan Shahar, co-founder and CEO of Test Innovators, has extensive experience in the realms of technology and education. He has founded several technology companies which turn data into actionable insights. In founding Test Innovators, Edan combines his love of education with a passion for using technology and data to create superior methods to improve student learning.
September 15, 2021

Thomas Hopkins is the Engineering Manager at Getro, the platform for independent professional networks to easily make and receive introductions. Their customers include over 400 independent professional networks — like venture capital funds (Union Square Ventures), membership communities (Women 2.0) and government associations (Techleap.nl) and have raised ~$4m in seed funding. Prior to Getro, Thomas was Lead Engineer for Strategic Projects at Conversocial where he developed software to simplify how brands communicate with their customers by combining human agents and bots in a single platform. Thomas holds a BSc in Physics from the University of Southampton in the UK and previously served as co-founder and co-chair of the London Pro European Forum - a network for local and national political organisations to collaborate on campaigns to improve ties between the UK and EU.
September 15, 2021

CEO of Brewbike. We're changing the future of business for the future of us all. Booth MBA - finance and entrepreneurship. Obama Administration. Obama campaign '08 and '12. He won both.
September 15, 2021

Devon Townsend, Co-Founder/CTO of Cameo. Devon Townsend is a co-founder of Cameo, the leading marketplace connecting fans directly with tens of thousands of pop culture personalities in the form of customized video messages, live video calls and direct messages. Launched by Townsend, Steven Galanis and Martin Blencowe in 2017, the Cameo platform has connected fans with tens of thousands of their favorite athletes, entertainers and other influencers, helped facilitate more than 1 million Cameo videos, and raised more than $1 million for a wide range of charities through its Cameo Cares program. Prior to Cameo, Townsend was a Vine influencer who regularly received DMs from fans asking for shout-outs to them and their friends, which helped shape the Cameo business model. Townsend holds a B.S. in Computer Science from Duke University and served as Cameo’s first Chief Technology Officer. He has received Forbes 30 Under 30 and Inc. 30 Under 30 honors in 2019 for his contributions to Cameo. Among Devons amazing achievements, his most impressive is being Mike's brother. ;-)
September 15, 2021

Jaclyn went to Michigan State University to pursue a career in law. When she came to the realization that she didn't have to pay for law school to debate people on a daily basis, she added a second major, completing her B.A. in both Communication and Political Science - Pre-Law. Since then, she has worked in a variety of different roles in the tech industry, as both the customer and a vendor. This unique perspective has allowed her to bring empathy to the customer support process to ensure a first-class customer experience. Jaclyn joined the team as an Customer Success Manager at bant.io in early 2018 and now proudly supports bant.io as COO, where she is responsible for wrangling and organizing our team initiatives.
September 15, 2021

He is the founder of FixMyCar, the fastest and easiest way to get your car fixed anywhere. According to his interview, he got customers from Craigslist where he got the mechanics and he created a mobile auto repair business that way. Now he is running the business of a mobile auto repair service dedicating in fixing your car repair problems.
September 15, 2021

Neil Smith is the CEO and founder of Prolo.io, an internet infrastructure startup that provides edge computing and internet exchange solutions across the United States. Before Neil started Prolo, he spent the last five years working in cloud computing where he served as the Director of Security Assurance for Oracle Cloud Infrastructure and Director of Red Teams for IBM Cloud. When not working on building a better internet, Neil spends his free time advocating for responsible public land management in his home state of Idaho. This will likely be a very technical conversation, as Neil is one of the smartest (and funniest) people I know. Join us!
September 15, 2021

Rhythm360 is a web app built for the specific needs of cardiology clinics. Medical staff can access patient information, schedule appointments, prescribe medication and write notes all whilst monitoring their patients pacemaker data in real time. Built to replace a clinician’s convoluted workflow, we designed an all-in-one solution focussed on convenience and speed. The overall goal was to give staff more time away from their screens so they could focus on providing stellar patient care.
September 15, 2021

Today we will be interviewing a veteran recruiter who has placed hundreds of developers with companies in the US and Argentina. Recruiters are often the gateway to fantastic opportunities, so it's important to know how they work, what they look for and other pro tips that top candidates do well. She is a professional recruiter working at LIVY. She graduated with Business Administration degree major in Talent Management. She's a rockstar in sourcing, project management in LATAM region.
September 15, 2021

Jack is building companies that benefit the East African agricultural sector. With NINAYO, smallholder farmers are able to own their harvests as a digital asset. This enables the farmer to store their harvest in a USSD wallet, and sell when the price is right. Resultantly, more food to reach markets at better prices in some of the most food insecure regions on earth. NINAYO's worked with WFP, USAID and the UN, and is soon partnering with some major cryptocurrencies to expand their service through staking.
September 17, 2021

Omar has been the CTO of an Aerospace company, and a leader in the Buenos Aires development community. He's built 8 applications from scratch including a trading platform, game engine, compression algorithms, and even participated in a NFT project. We talk about the state of Argentinian development, the economy, and other opportunities for people to connect across the world.
September 15, 2021