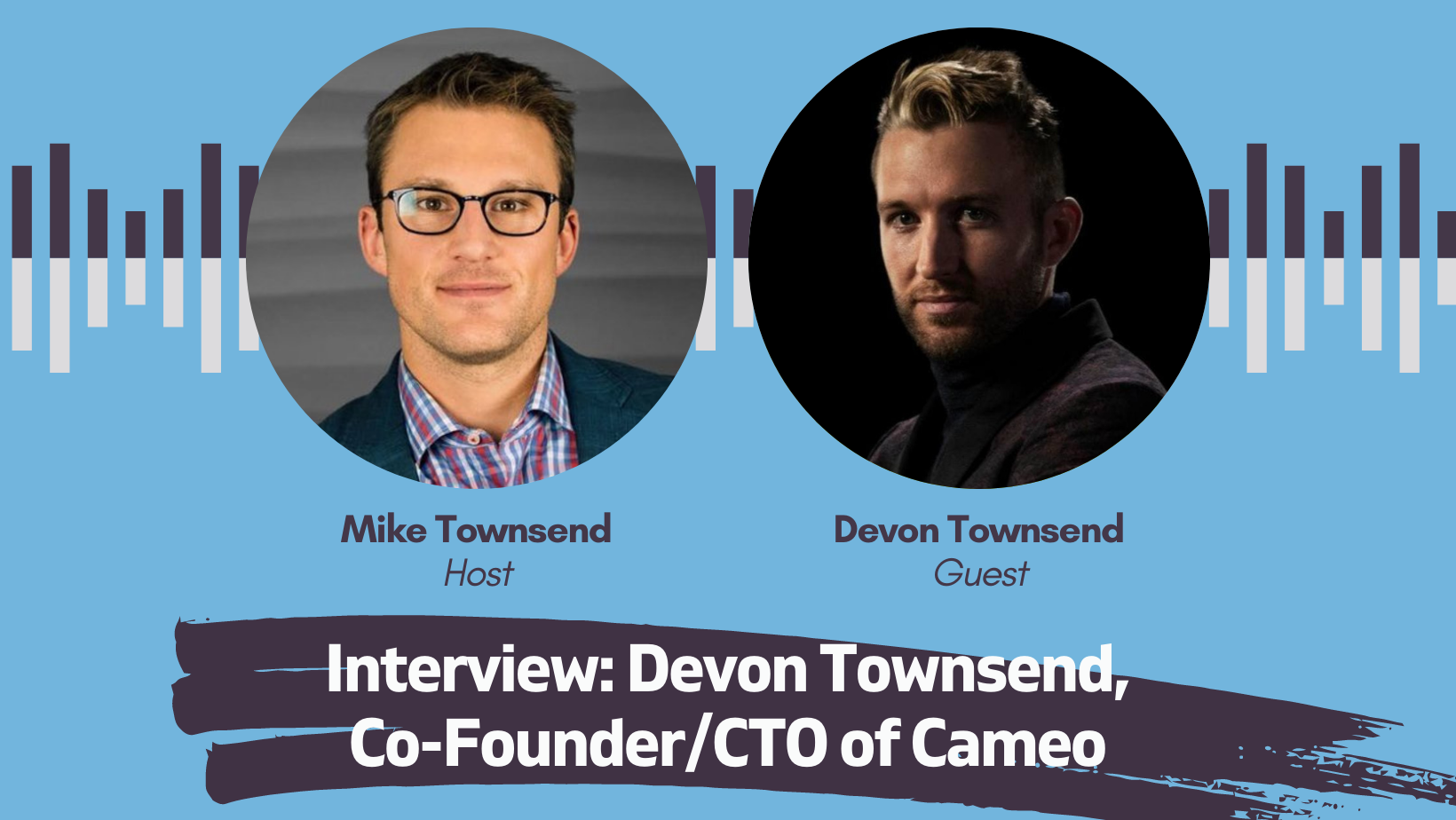 Devon Townsend, Co-Founder/CTO of Cameo. Devon Townsend is a co-founder of Cameo, the leading marketplace connecting fans directly with tens of thousands of pop culture personalities in the form of customized video messages, live video calls and direct messages. Launched by Townsend, Steven Galanis and Martin Blencowe in 2017, the Cameo platform has connected fans with tens of thousands of their favorite athletes, entertainers and other influencers, helped facilitate more than 1 million Cameo videos, and raised more than $1 million for a wide range of charities through its Cameo Cares program.

Prior to Cameo, Townsend was a Vine influencer who regularly received DMs from fans asking for shout-outs to them and their friends, which helped shape the Cameo business model. Townsend holds a B.S. in Computer Science from Duke University and served as Cameo’s first Chief Technology Officer. He has received Forbes 30 Under 30 and Inc. 30 Under 30 honors in 2019 for his contributions to Cameo.

Among Devons amazing achievements, his most impressive is being Mike's brother. ;-)